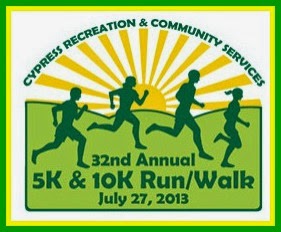 I don't care what anyone says. 5K's are tough! They are tough for me because I really push myself thinking that it is just 3.1 miles. It had been over a year since I last ran a 5K so I was a little nervous going into this race. I had no goal going into this race except to do my best since my focus has been on improving my endurance and no real commitment to speed work.

This is a small race (5K and 10K only) but it was well organized. My friend Caroline suggested that I line up in the front since the race tends to be congested in the beginning and there are lots of strollers and walkers throughout the course. The course was very flat and fast but the temperature was about 70 degrees at the start which was no bueno! 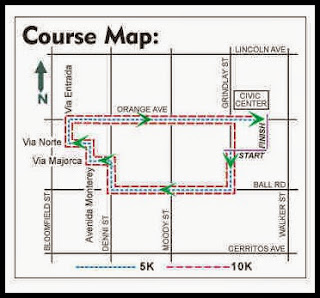 I also liked that bib pick up was available the day before the race as well as the morning of the race. I arrived about an hour before the start time and it was not crowded at all. Parking was close to the start and there was no problem getting in or out of the parking lot. I was able to pick up my bib in less than 5 minutes and had time to go back to my car, put my sunscreen on and use the bathroom. 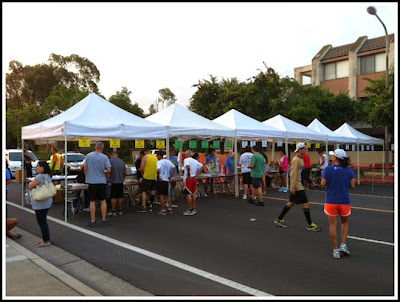 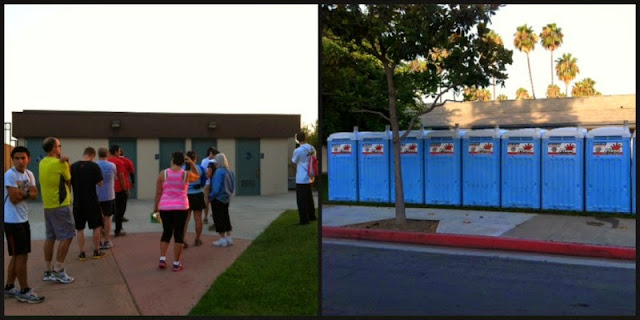 There was plenty of water and snacks such as bagels, bananas and popsicles after the race. I was not able to enjoy my popsicle because someone else wanted it more than I did. My son has the habit of taking all of my snacks after a race and I end up with nothing but water. 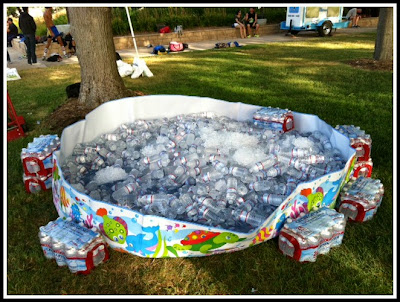 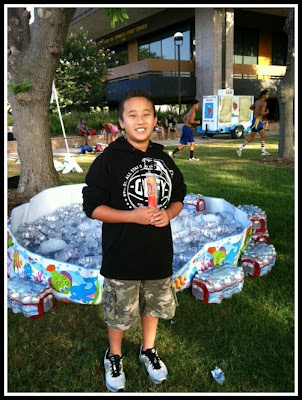 Now onto the race....I debated about actually running this 5K because I went to a church function with family the night before and ate way too late and I didn't get to bed until way past midnight. We laughed about how my race might go the next morning and apparently it was not a joke. I also woke up several times in the night feeling thirsty and I think I even had a nightmare! My alarm went off at 5am and I decided that I should go and make the best of it in spite of feeling super tired since I paid for it!

The race started out on the wrong foot because I broke the "don't go out too fast rule." I didn't do it on purpose but I didn't glance at my Garmin until the first turn (about a half mile into the race) and it read 6:35. "Hello...you can't hang at that pace so you better slow it down!" I immediately took it way down and settled into a 7:15-7:20 pace.
Mile 1: 7:16

As I approached the last half of Mile 2, I started to feel a pain in my left side. I tried to push through it by holding my side but it didn't help much. I slowed it down a little more to about a 7:30 pace to see if that would help but it got worse and I had to stop. Yes, I stopped! I was absolutely hating myself for stopping but I had to or else I would not have made it to the Finish Line.
Mile 2: 7:32

The last mile really sucked and I just tried to finish the damn race. I thought that maybe I had not hydrated properly and that was why I was feeling the side ache. I drank more water and that made it even worse! I never experienced a side ache before so I have to figure out what I did that brought it on. In any case, I kind of gave up mentally and that just sealed the deal. I didn't care anymore and when I saw the clock at almost 24 minutes I just wanted to forget that I even showed up!
Mile 3: 8:16 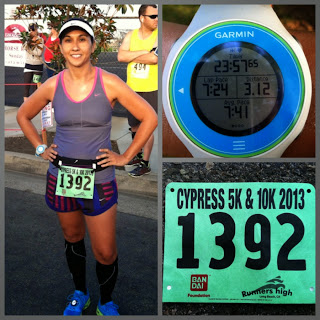 I know that every race will not be perfect or result in a PR. I just wanted to do my best and know I did not so it was a disappointing race. This was my 9th race towards my goal of 13 races in 2013. I have a long run in the plan tomorrow so hopefully it will be a better day.
Posted by Boston Bound Brunette at Saturday, July 27, 2013