February started off with the Surf City Half Marathon on 2/1/15 and then it seems like things have really been all over the place since then. While my knee continues to approve, my hip bursitis flared back up after my half marathon and I have just been taking it one day at a time. Work has been crazy busy and I feel like I have really been earning my paychecks lately. I love my job but the first time in a log time, I have been feeling a little overwhelmed to the point where I just want to come home and relax and not go for a run. I never thought I would be saying that but I am so mentally exhausted some days that all I can think of is just throwing on my sweats and laying on the couch with my dogs! These fur babies really bring me a sense of peace when I need it. 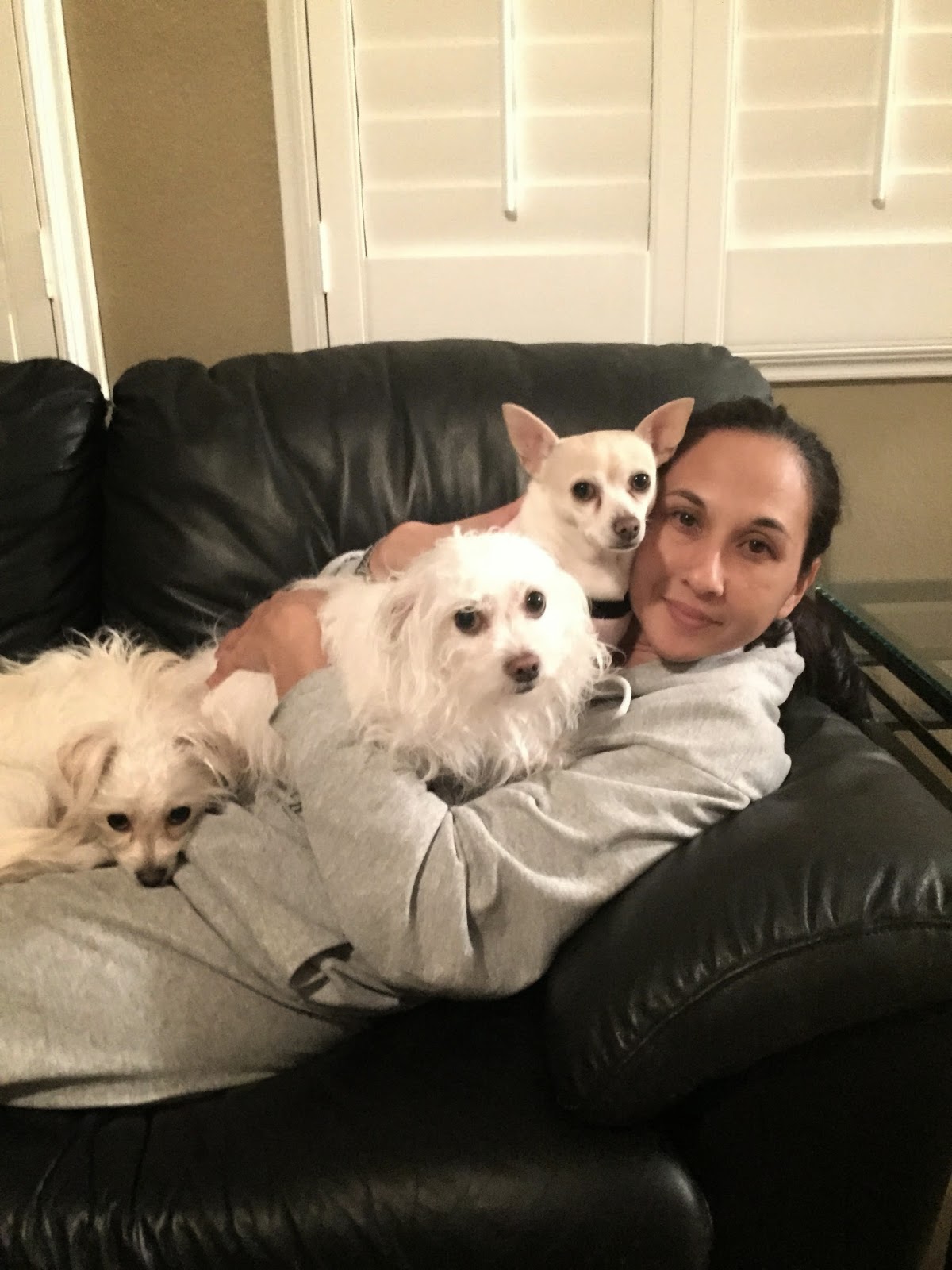 Lets move on to something more positive. If you follow me on Instagram then you know that my son has been on a quest to lose a little bit of weight and he has started running on a regular basis. This meant changing his diet and adding more exercise to his daily routine. He is actually training for his first 5K in April and has been doing quite well. The truth is that he doesn't really like running all that much but he has found himself challenged by it. He can run up to 2.5 miles now and his pace is also improving. We tell him that he does not need to really focus on the pace because that is the least important aspect of reaching his goal. I find myself wanting to run with him because I am so impressed by his progress and I want to be a part his goal. I also work at keeping him motivated and feeling proud of himself. 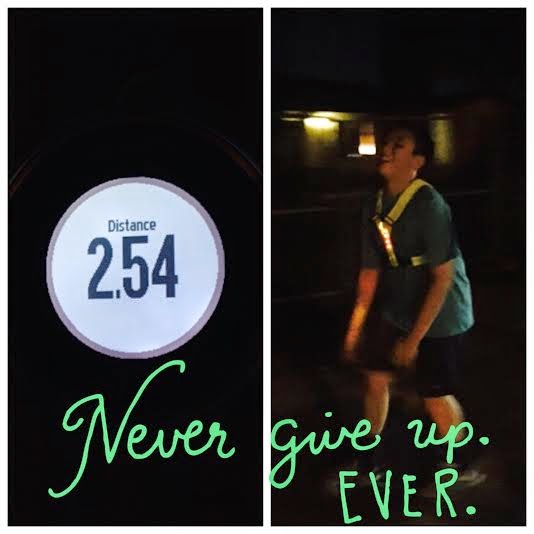 He has also dropped about 11 pounds and feels really good about that. He signed up for AYSO soccer this season which also help him improve his fitness. We are really proud of him to say the least. 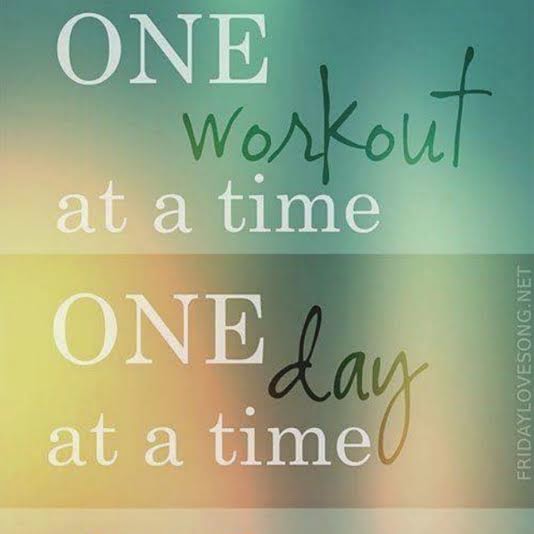 I guess you can say that I am not giving up on running but I am just learning to accept the obstacles that are thrown my way without stressing out too much. Other than Ragnar So Cal in April, I am glad that I do not have any races on my schedule until May. This will allow me some time to think about how I will approach my race. My hopes are that I will be well and ready for my November marathon where I would really like to set some goals.

When is your next race?
Posted by Boston Bound Brunette at Tuesday, February 17, 2015 6 comments: 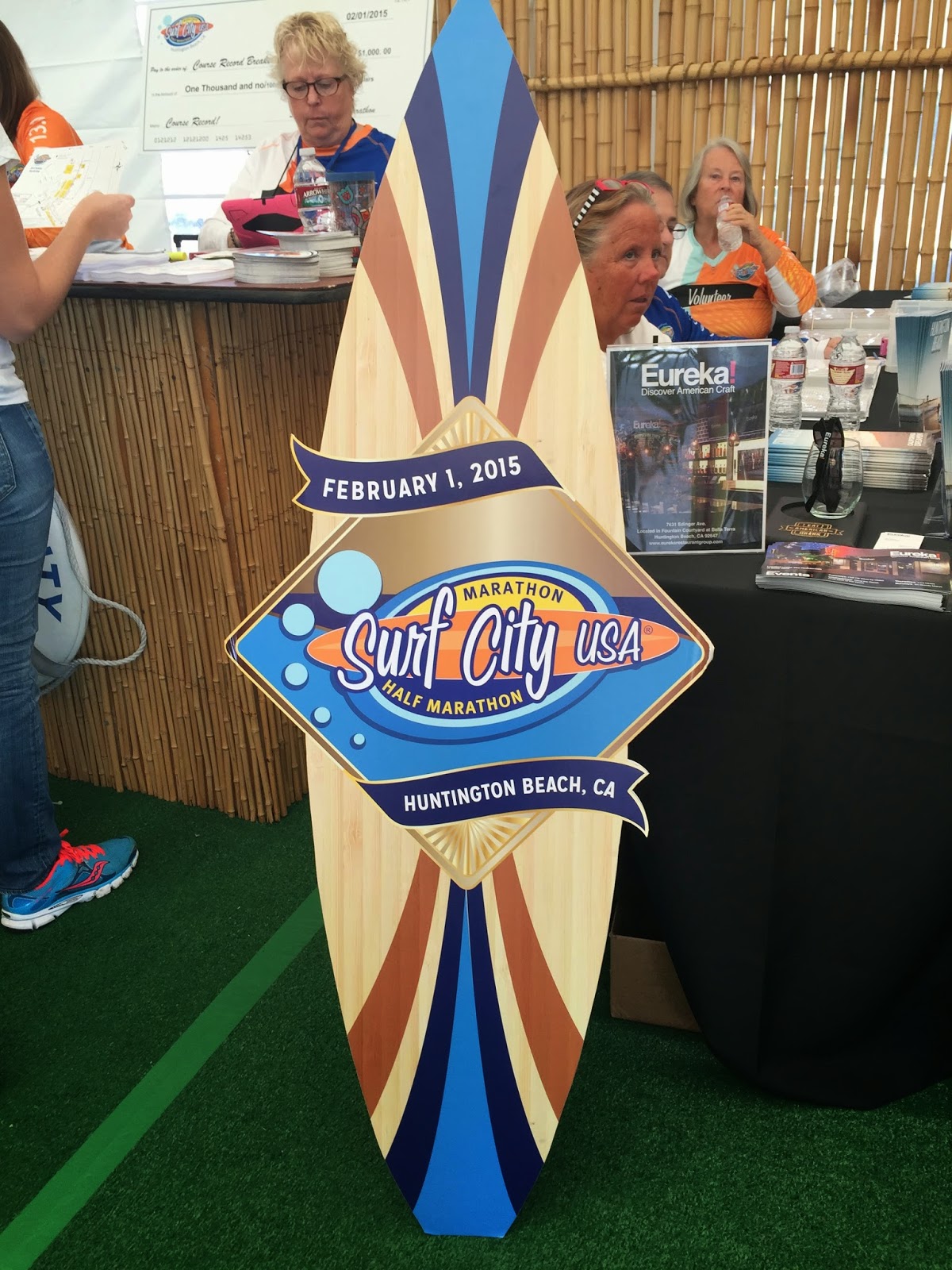 This makes half marathon #20 for me. I can't believe that I have ran 20 of these darn things! After seeing the new Beach Cities Challenge medal I decided to sign up for this race at the last minute. I swear I will do just about anything for some nice bling. I have one more race to run in the series before this bad boy is mine!

As I mentioned in my last post, I have a cyst in my left knee that has been causing me all kinds of running problems and pain. I have been in physical therapy for two months and I know that I have lost my endurance and the ability to run at the paces I have in the past. My running confidence has been in the dumps but I knew that I had to pull myself out of this funk and just go and run a race.

I went to the expo on Saturday morning right around the time it opened. There were no lines so we were in and out of there in no time at all. The long sleeved shirts were really nice this year so I has to put in on a take a fun picture with my running buddy! 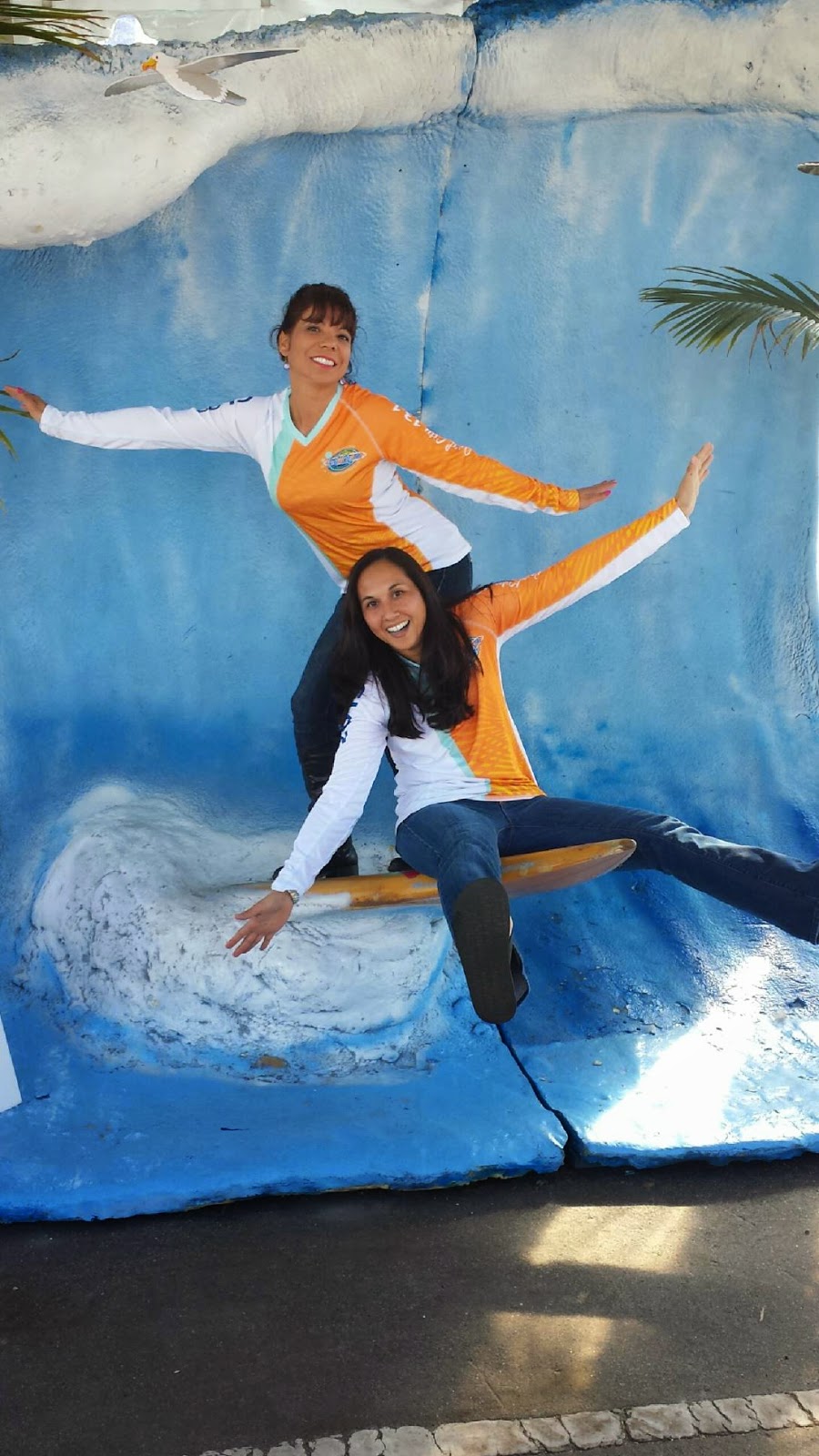 I had no idea how this race was going to turn out. I didn't want to set any goals for this race because I didn't want to put any pressure on myself and I didn't want to be disappointed either. My other half asked me what my plans were and I told him that I would be lucky to cross the finish line in two hours. Having said that, this is how it went.

I ran this race back in 2013 and I made all kinds of weird mistakes. I wasn't sure if I was ever going to run it again but the medal made me do it! This is a local race for me and the half marathon starts at 7:45 am which means that I can still wake up an hour later than I do to go to work to make it to the race on time.

I woke up at 5:00 am and left the house by 5:45 am. There was no traffic but the parking for this race is kind of crazy. Most of the parking is taken by the marathoners since the marathon starts at 6:30 am versus 7:45 am for the half. Parking is basically on residential streets and you have to walk about a half mile to get to the start. All of the streets were full by the time we arrived but I got lucky and a resident who was parked in front of his house happened to be leaving. He was not happy about all of the parking on his street.

We made our way to the host hotel and used the bathroom and hung out until about 10 minutes before the start. There were so many runners in one place. It was awesome to see all of them from the balcony of the host hotel. 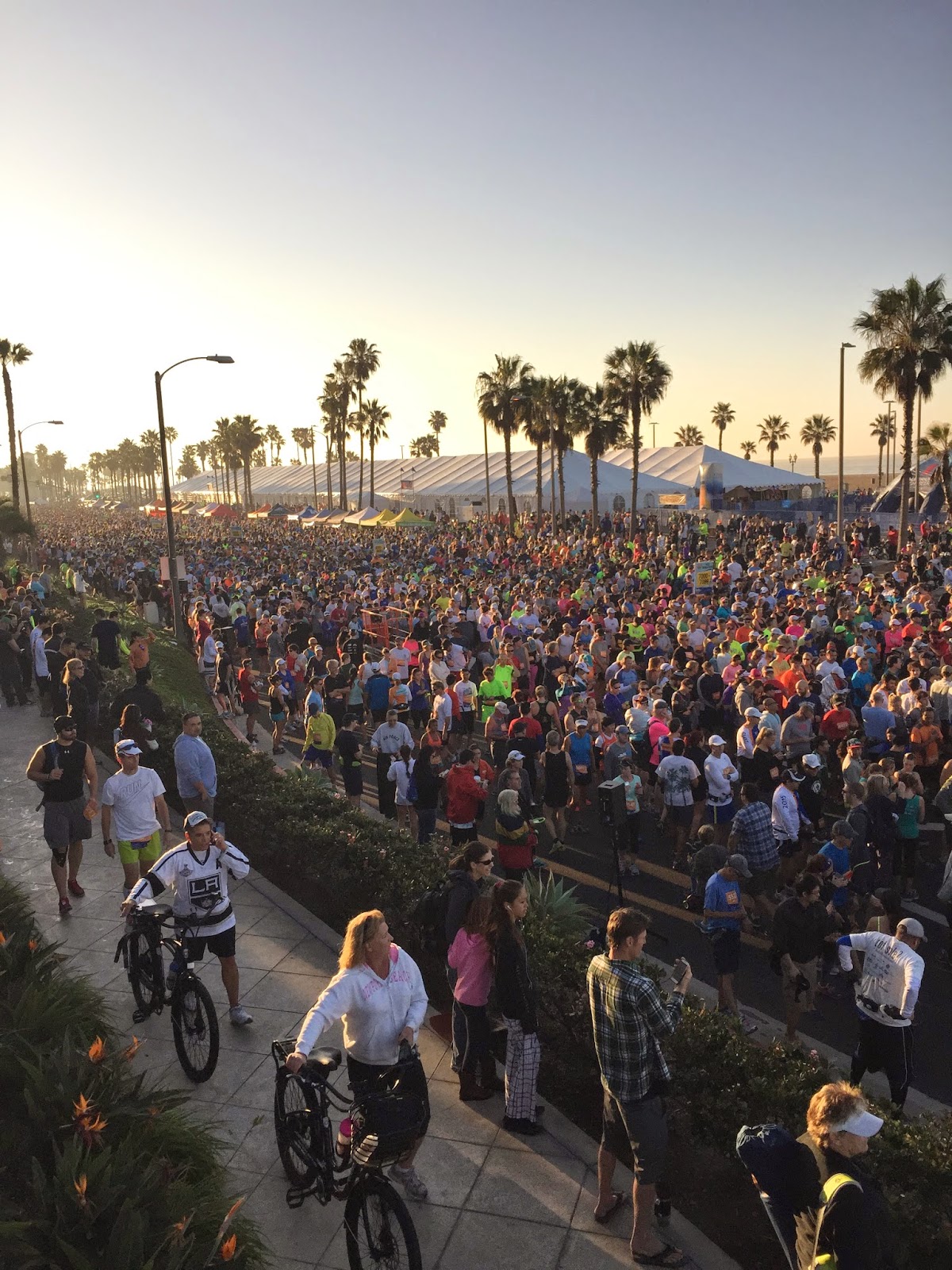 It was 55 degrees at the start with the sun out and shining brightly. I started in the 2:00 hour corral and just ran my own race. I wore my Garmin but told myself not to stare at it but just to find that comfortable pace and stick with it. The first 6 miles flew right by and right around Mile 7 my knee started to feel a little off. I slowed down a little but kept going. It was right around Mile 10 that my knee really started to bother me so I started walking through the water stops from this point on and I slowed down a lot too.

The last 5 miles of the race were tough. It is a straight 5 mile shot to the finish while facing the sun the entire time without any shade whatsoever. I don't wear sunglasses when I run so this part of the course always gets to me. My visor did not do much good and I was feeling pretty warm out there. There were definitely those moments that I felt like giving up but I just told myself to suck it up, run a comfortable pace and finish the darn race. This race was definitely not about the time. It was really about finishing and gaining some confidence back that I have lost over the last few months.

I did better than I expected to and I am grateful that I was able to finish the race. This was also a course PR for me by a whole 6 seconds!! Woohoo! I finished in 1:53:20 (8:39 average pace) and earned my cute little surfboard medal. 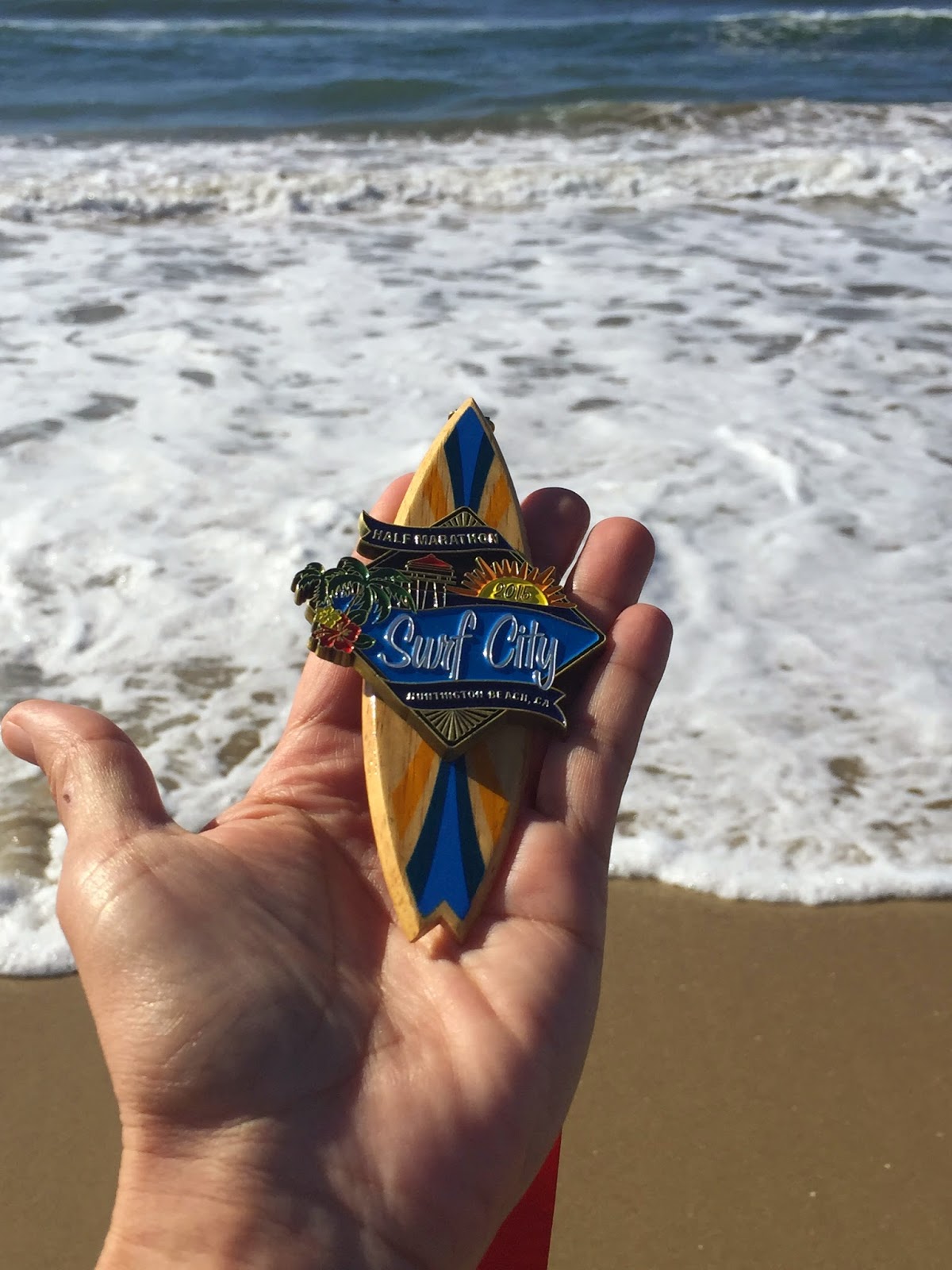 After I race I spotted Emily (Haute Chocolate Runner) who I met on Instagram. I went over to introduce myself and chat for a little bit. The girl ran another BQ and is pretty humble about it. She is super nice and I am glad I had the chance to finally meet this pretty lady in person. She didn't even look like she just ran a marathon. I was a sweaty mess from just running the half! 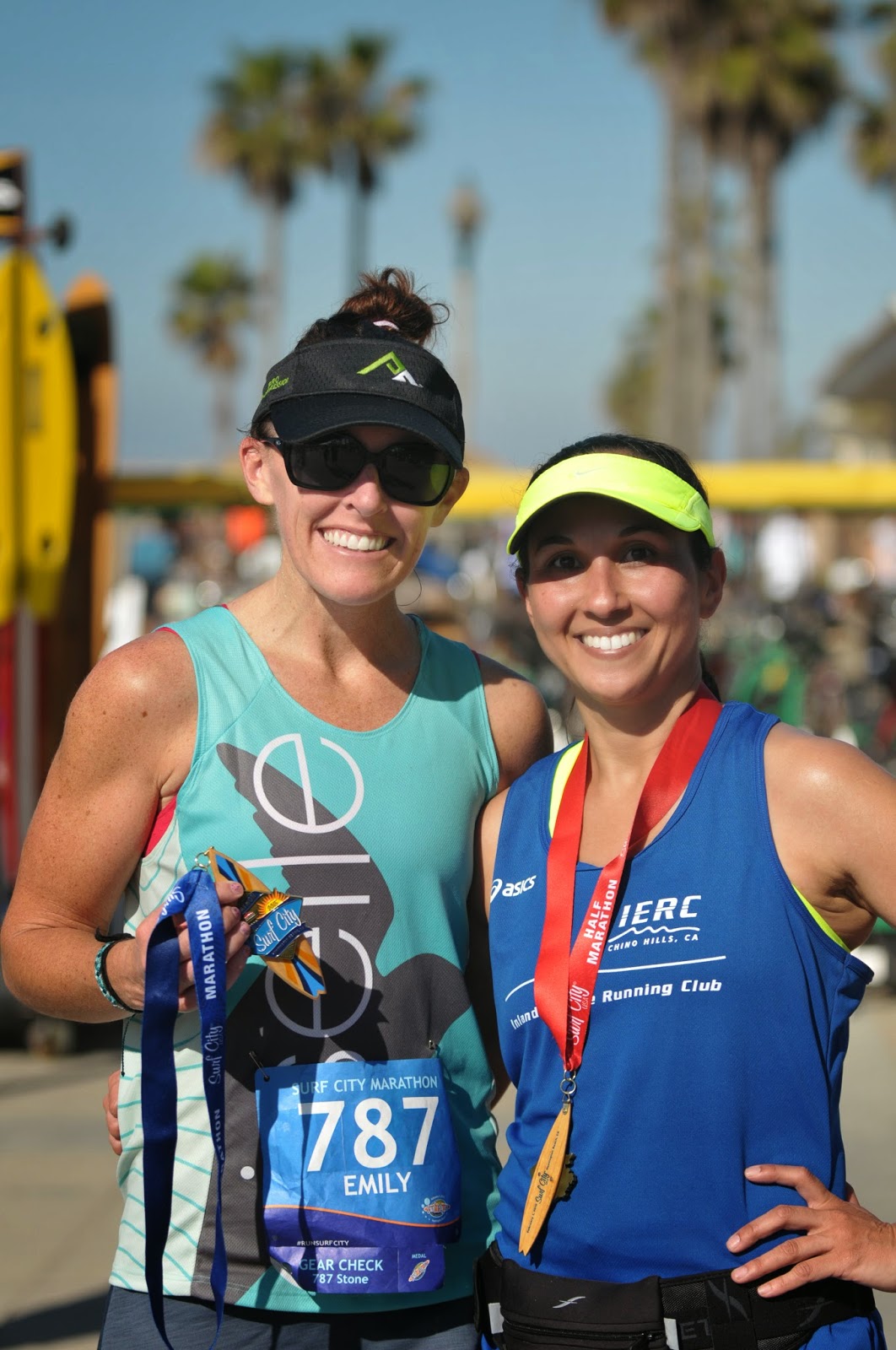 After chatting with Emily for a while, I took my son to play in the ocean. He had a blast with my running buddy who also ran the half marathon! This was his treat for waking up early and waiting for me to finish the race. 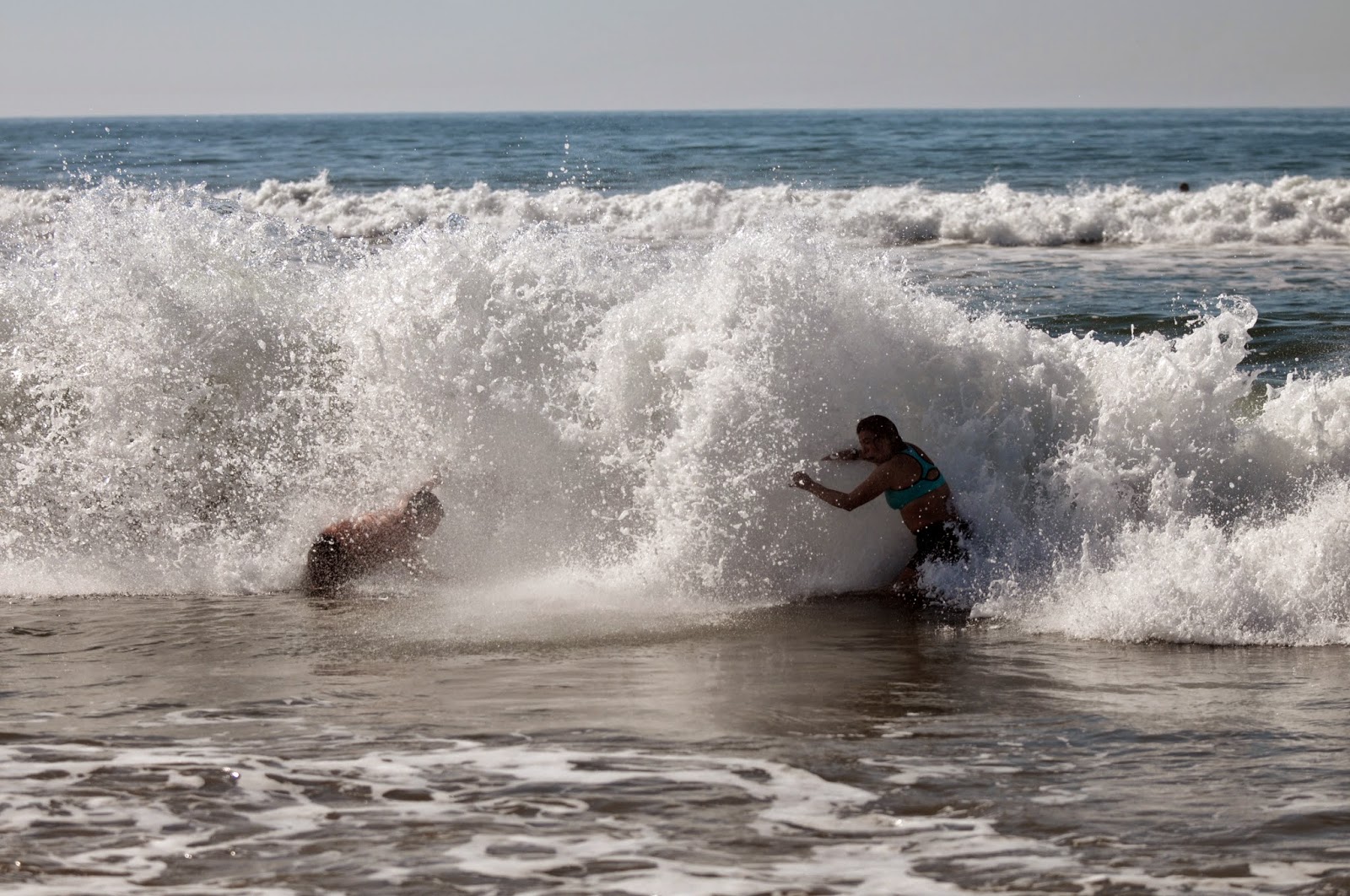 I didn't bring any clothes to change into so I just wet my feet a little and then watched them from a distance...and played on my phone. 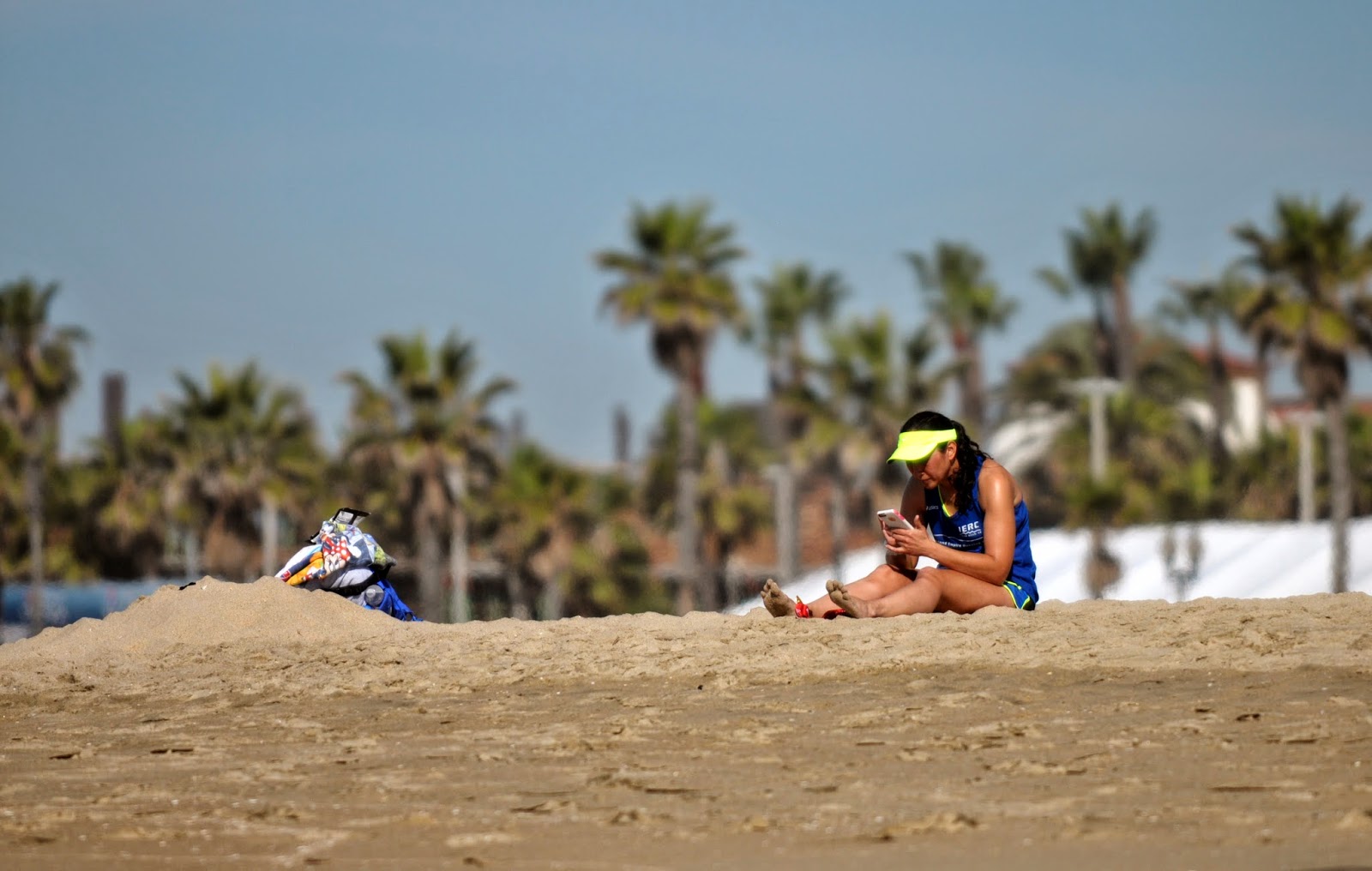 Anybody else run Surf City?

Tell me about your race :)
Posted by Boston Bound Brunette at Monday, February 02, 2015 8 comments: