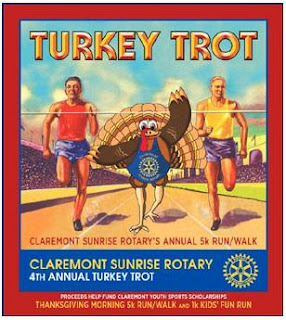 Instead of waking up early to cook a Thanksgiving feast, I was up early to run a 5K with Shawna and her sister Kristy.  I took Wednesday off so I decided to pick up my bib and timing chip the day before so I could sleep in.  The race was located about 20 minutes from my house so it was not a far drive at all. 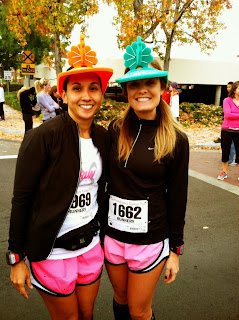 It was a bit chilly out there but we warmed up pretty quickly once the race started.  I drove the course a few days before just to see if it was something that I should even attempt with the sore leg problem.  It was not a flat course but most of the first two miles were at a gradual incline.  Prior to this race, I had done absolutely nothing in the exercise department since last Sunday when my leg starting hurting. I was feeling bummed all week just hoping that I would be able to run.  I was feeling much better on race day and most of the pain was gone but still a little sensitive to the touch. 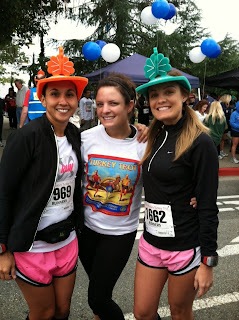 I started out pretty slow and the plan was to pick it up in the end if my leg was able to tolerate it.  The last mile was pretty much downhill so I figured that I could catch up in the end and finish strong. 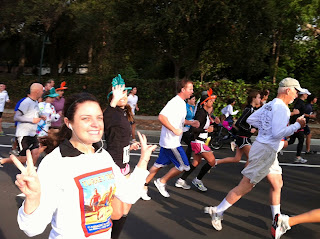 This Turkey Trot went exactly as planned as you can tell by my splits:

My official time was 23:17 which is a 59 second PR for me!!  I placed fourth in my age group but no medal this time since I did not place in the top three. I will take my PR and be very happy with just that. The pain in the back of my right leg has kind of reappeared again so I am not sure how well my second Turkey Trot will go tomorrow.


Hope you had a great Thanksgiving!  Was anybody brave enough to battle the Black Friday crowds?
Posted by Boston Bound Brunette at Friday, November 25, 2011