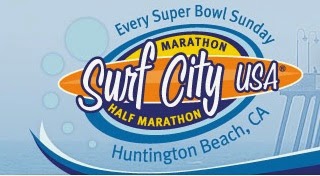 Half Marathon #9 is  done! It was definitely not my best race but I learned a lot from it. I am now very happy that I decided not the run the full marathon because it would have been less than spectacular! I do want to congratulate Megan who ran the full marathon and exceeded her goal. It was her very first marathon so please stop by her blog and give her some love! 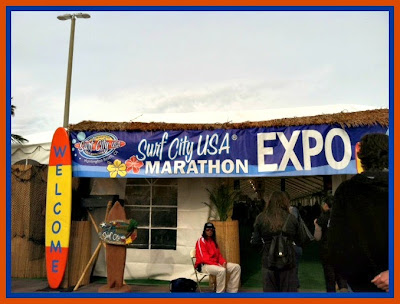 I went to the Expo with Caroline on Saturday morning and we played photographer for one another. The weather was perfect on Expo day and I wish it would have been the same on race day. 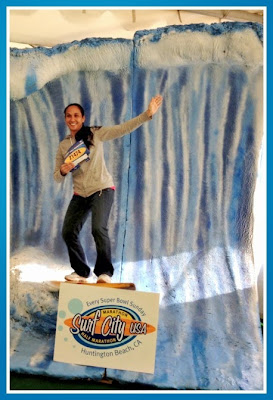 Caroline and I talked the whole way to the Expo and the whole way back. We have some great conversations about everything from running to life in general. I actually thought of her several times during this race because she continues to run through some tough situations. She inspires me to keep going when I feel like giving up. Thank You Caroline for inspiring me, especially on this day.

The race was very well organized and even though there were almost 21,000 runners signed up, these people know how to handle things. The corrals were very easy to get into and there was very little crowding until the race was about to start. 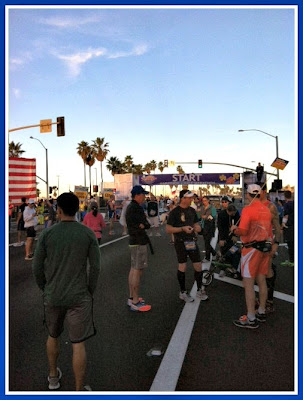 We didn't get stuck in traffic which we thought was bound to happen. Shuttles were provided free of charge from several locations to minimize the traffic issues. We were planning on valet parking at the host hotel which is right at the start but they raised their price to $35.00 on race day so I passed on that. We ended up parking in a residential area about 3/4 miles away and the walk was a good warm up for me. We waited at the host hotel until it was close to start time to use the restrooms and just relax a little. It was nice to have access to "real" bathrooms and not just the port-a-johns which I really dislike. The restrooms on the beach were also available for use so I never saw any big lines which is a big plus! 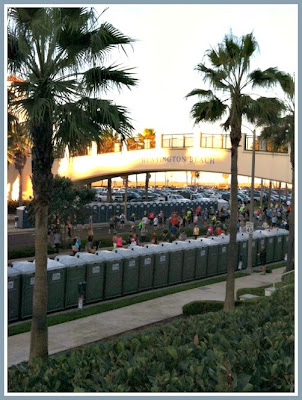 Most of the course takes place on Pacific Coast Highway and it's a beautiful view. I was hoping to feel some ocean breeze with all of the sun beaming down but that didn't happen. The race organizers did a great job of keeping the marathoner and the half marathoners separated so there weren't any issues with that. The course was not overcrowded either and most of the runners were half marathoners and women :) 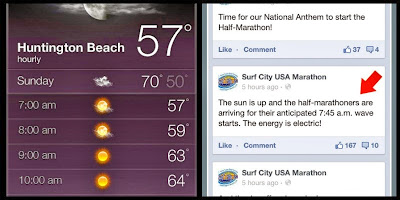 I did a lot of things wrong which made this race less than enjoyable for me. I am in no way making excuses for my less than fabulous finish but just want to share some of things that I learned so that I don't repeat them in the future. The weather was supposed to be overcast and cool. The temperature was in the high 50's but the sun was out the entire time and there was no shade on the course whatsoever. I was looking for that break from the sun but it never happened. First of all, I was a little overdressed thinking that it was going to be cold since it was by the beach. I saw some posts on Facebook stating that it is very cold at the start which is wasn't. The weather was actually pretty nice when we arrived so I left my jacket in the car because I knew that I was not going to need it. I wore a really thick Lululemon shirt with my Flow-Y sports bra underneath. The shirt was new and I didn't realize how warm it was going to keep me. I thought about taking it off several times but was too embarrassed to run in a sports bra so I suffered instead. I didn't have sunscreen on all the places that the shirt covered so I didn't want to risk a sun burn either.

I also decided to try something new and carry my hand held water bottle. Carrying something in my hands for 13 miles was very annoying to me so I wish I would have stuck to my hydration belt instead. I am used to my belt and it works much better for me. I probably won't do that again either. I didn't even GU during this race because it was awkward trying to open the GU and hold the hand held at the same time. I know I am so lame!

Other than all of the mistakes I made, my shin starting bothering me at Mile 3 or so and I had to stop to stretch and figure out how to proceed with my race. I thought I was feeling good the first three miles but maybe I started to quickly and my shin was not happy. It was at this point that I decided to back off and just focus on finishing. Injury is no fun and it's never worth it! I was not happy but didn't want to make matters worse and I was not going to walk unless I absolutely had to. I texted my husband to tell him that my shin was acting up and that I was probably not going to make it in for a while. He told me to walk and take a break but I just wanted to finish as quickly as I could. I also witnessed a girl running next to me throw up and then I felt like I was going to be next one!

I finished in 1:53:26 but got this super cute surfboard medal which I love. I know that it is not a horrible time but it hurts when you know that you should have or could have done better. I am sure you all understand what I mean. I thought it was going to be a two hour finish so I am thankful that it was better than what I anticipated! I am okay with it today and I am moving on. 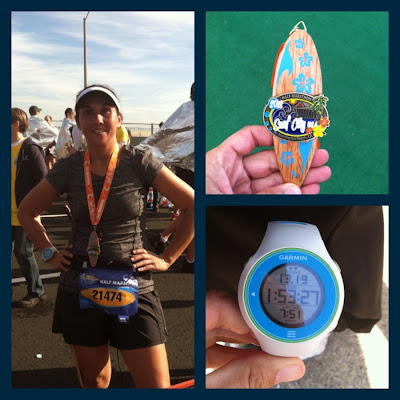 I know that every race is not going to be a perfect race and things can possibly go wrong. My main focus is on the Beach Cities Challenge medal and I have now completed my first race in the series. I saw the medal in person at the Expo and boy is she pretty! 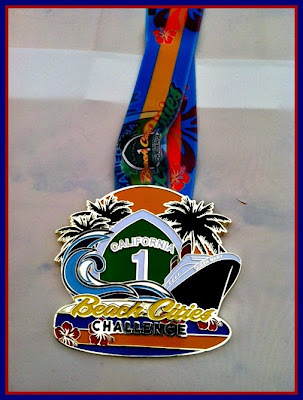 Here are the ugly details if you are interested.

After the race I enjoyed the Superbowl with my family. Grandma came over and watched the game with us and she cooked some of her amazing food for us. She even made us some chocolate covered strawberries that were to die for! 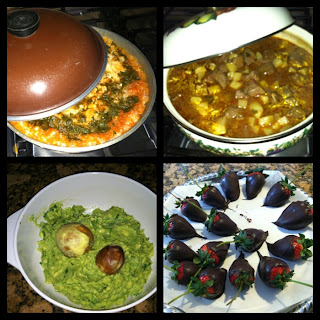 I am not much of a football fan but I do enjoy the commercials. My favorite one was the Anheuser-Busch commercial with the Budweiser Clydesdale. I am an animal lover so naturally I cried. As a matter of fact, I don't think there was a dry eye in the room!
Posted by Boston Bound Brunette at Monday, February 04, 2013