What a non-stop crazy, exciting and fun experience I had over a 31-hour period! I had a blast and I am already looking forward to doing it again. We were not in it to win it and just wanted to have fun. We met at 4:30am on Friday morning at a location which was 10 minutes from my house which was great for me. We loaded up our bags, took a few pictures in our team shirts, decorated our vans a little bit and then headed out to the start in Huntington Beach. 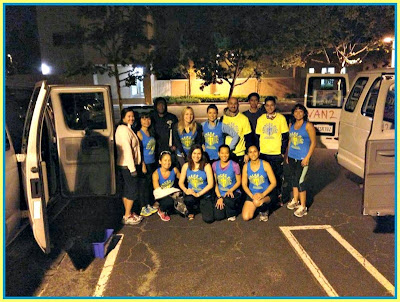 Our vans were overstocked stocked with lots of water, Nuun, snacks, pillows, sleeping bags and everything you can possibly imagine. 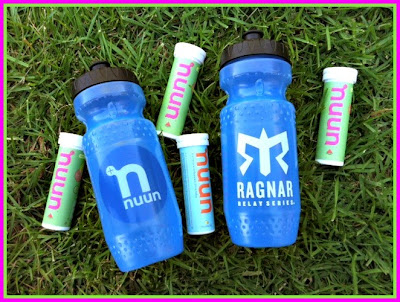 Our driver (Van 2) is an IT Director so he had the whole techy setup going on in our van. We had no problems with charging our phones and he brought a laptop, an iPad, Wifi connection walkie talkies, and all that techy stuff. He also suggested that we use the app "Find My Friends" to track all of our runners so we could see their location at all times. This app was very useful and gave us a good idea as to when our runners would be coming into the exchanges and it was great for safety reasons too. 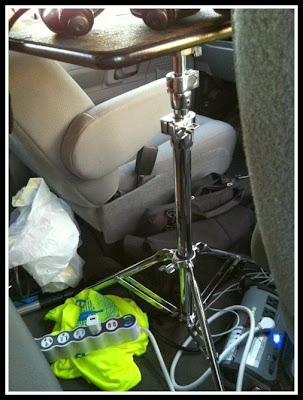 I was Runner 10 in Van 2 and the oldest member on the team. I earned the name "Grandma" and that is pretty much what they called me the entire time. The youngest runners on our team were 17 years old. They are fast and tackled some of the hilliest legs with 6:XX minute miles. There were times when these two almost beat the van to the exchange! 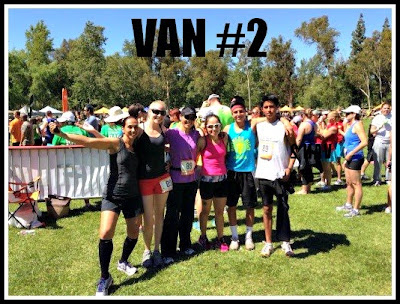 Our team started at 7:00am and we all met at the start to see our first runner off. This sweet girl drove down from Arizona the night before to join our team since we had a runner who was injured and could not run for us. She was awesome! 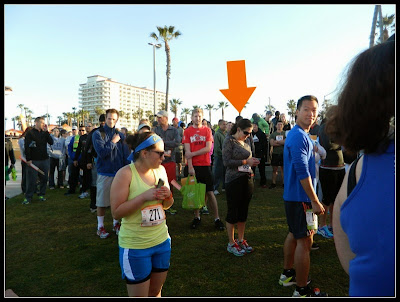 My first leg started in Corona around noon when it was 85+ degree and seriously horrible! It was my hardest leg, not only I was nervous about getting lost but I ran out of water around mile 4 of a 5.7 mile distance. I kept the pace easy because I didn’t want to die out there but I think I was dying anyway. I met lots of nice people out there so I had some company to suffer with! Thank God I wore my Garmin because there were no mile markers out there with the exception of the "One Mile to Go" signs. I needed to know how much longer I would be suffering for. My average pace for this leg was 9:23. 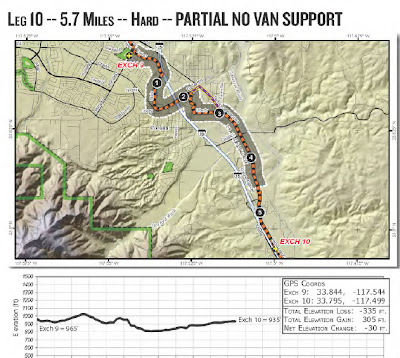 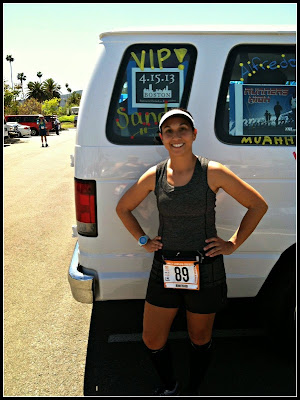 My second leg was 2.2 miles  in San Marcos and I ran it around 1:00am in the darkness. Thank God it was flat and easy. It was 50 degrees and I got it done pretty quickly considering that I was dead tired and knew that sleep was not going to happen anytime soon. I ran into my friend Danica, who ran an Ultra with Team Sparkle, and we ran part of this leg together. I am glad that I ran into her because talking with her kept me awake for the first mile. I was really worried about getting lost at night but if you follow all of the flashing lights and headlamps from the other runners then it is pretty impossible to get lost. My average pace for this leg was 7:57. 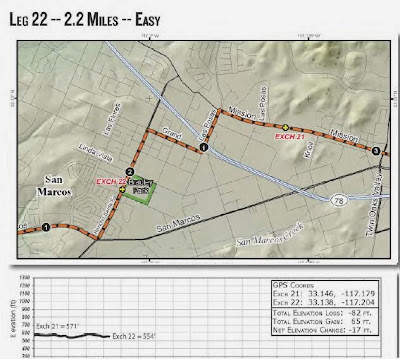 My final leg was around 12:00pm in San Diego the next day. It was my best run of all. It was 4.1 miles, downhill at the start and flat all the way to the finish. I passed lots of runners on this leg and was out there by myself praying that I wasn't alone because I missed a turn! It was 75 degrees but there was a nice ocean breeze for most of the way. Although I was having a blast, I was glad to be finished due to lack of sleep and feeling hungry. My average pace for this leg was 8:17. 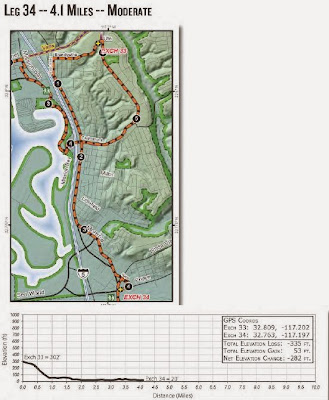 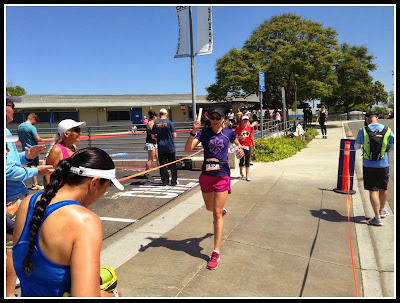 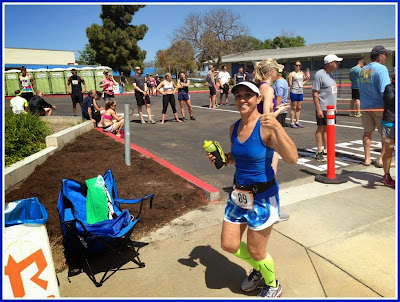 I did not experience a smelly van because our team reserved a really nice two bedroom villa at Exchange 18. We stayed at the Lawrence Welk Resort in San Diego which slept six and had everything we needed. We were able to eat dinner, shower and rest for a while we waited for Van 1 to complete their second legs. Once they were done we traded off so they were able to shower and rest as well. We even had time to return to the hotel after our second legs and shower again. I have never been so happy to see a shower and this was probably one of the most refreshing showers that I have ever taken in my whole life! It was also nice to use a "normal toilet" versus a porta potty! 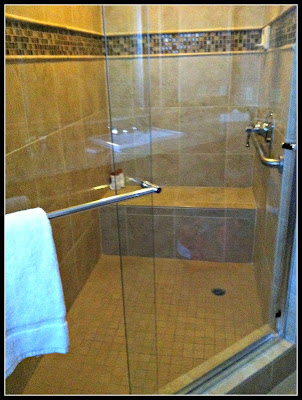 Most of us were first timers so we learned a lot and we will be ready for our next relay. We had some great volunteers and our drivers were awesome too!  They never complained of being tired and did their best to get us to the exchanges on time. 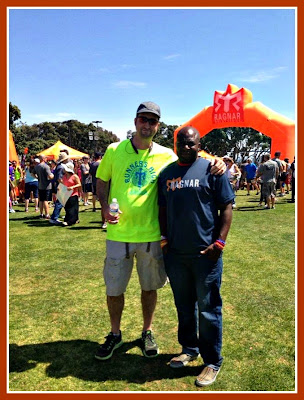 Our drivers definitely gave us some serious lessons on how to drive vans and how to make the most creative illegal u-turns! We learned all about van tagging and our driver was pretty into it. He was tagging moving vans and even returned some items that were left on our van in much worse condition then we received them in! 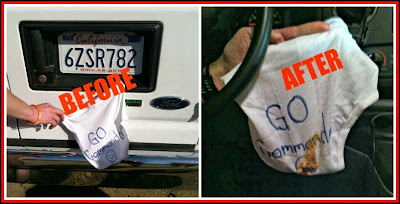 Someone even tagged our van to laugh at me "Grandma." 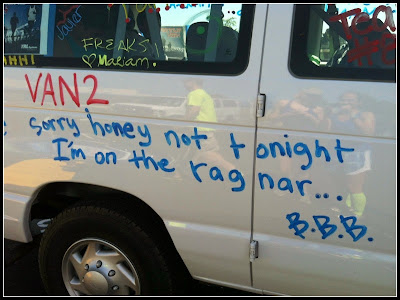 We laughed a lot and the energy in our van was great! I did not sleep at all but I did catch some of our runners in the act! 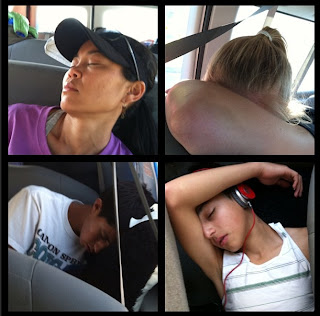 Our team captain finished off the last leg around 2:00pm and crossed the finish as a team which was pretty exciting. 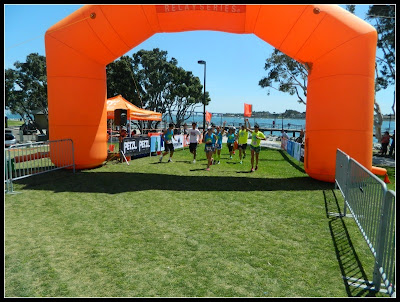 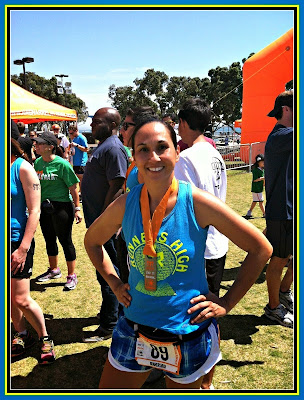 Then we headed home to have our team dinner at BJ's. It was nice to eat something other than pizza, pretzel chips, Pringles, granola bars and peanut butter! 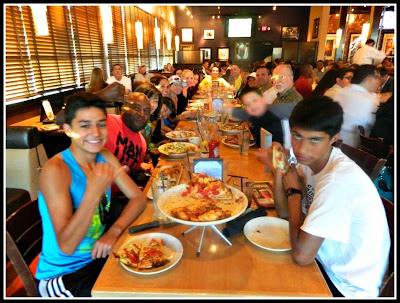 The team had such a great time that they are already talking about doing it again next year or even Ragnar Las Vegas in November. 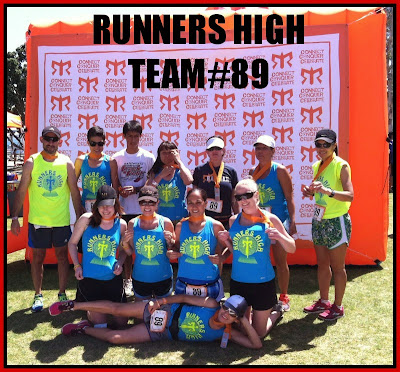 Our team placed 89th out out of 371 Open Mixed Teams with a time of 31 hours and 7 minutes. Not too bad for some first timers!
Posted by Boston Bound Brunette at Wednesday, April 24, 2013