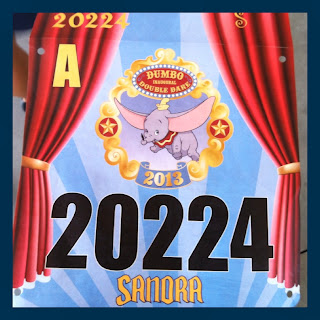 Run Disney events are pretty popular and draw lots of people so I always stay at a hotel even though I am about 45 minutes from the theme parks. We arrived at our hotel on Friday evening which happens to be walking distance to the Start. It is very reasonably priced, has all of the amenities that we need such as breakfast, a refrigerator and microwave and saves you the headache of having to find parking on race day. The Mickey and Friends Parking Structure gets pretty crowded on race day so I find this to be a much better solution to parking. The walk to the start is about 10-15 minutes so I didn't have to wake up at the crack of dawn to get to the race which is always nice.

What I love most about Disney races are the costumes that runners wear. Some of the costumes are so creative and people do some serious planning for their costumes. I saw one lady who was dressed in a full on Dumbo costume from head to toe. I am not sure how she ran in that costume because it was hot out there! I dressed up for the 10K but not so much for the half.

The Disneyland 10K: This race started at 6:15 am on Saturday morning.The 5K started at 5:30 am so the corrals did not open until 6:00 am. The crowds were pretty large and it was a mad rush to the corrals once they were given the go that the 5K participants had cleared the corrals. 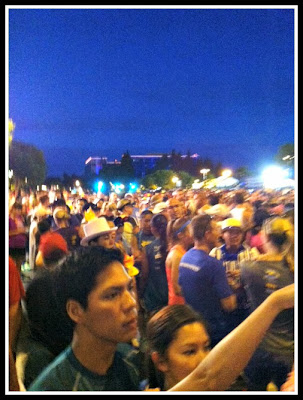 The race start on time and the pre-race show was pretty entertaining as it usually is. The theme of the 10K was "Wonderland" so the Mad Hatter made an appearance and interacted with the race announcers. 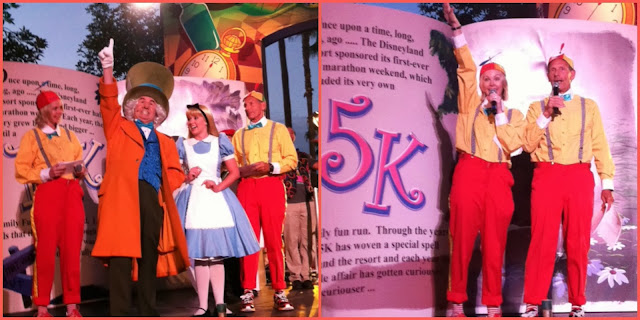 I was able to make it pretty close to the front of the corral. I don't like to do the weave in and out of the crowds thing. 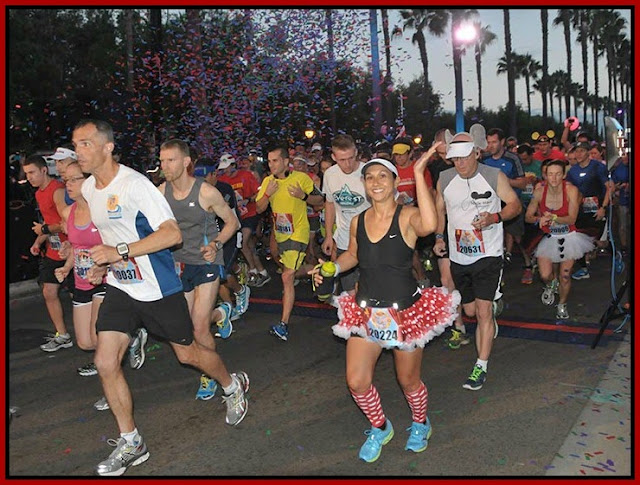 My goal was to run the 10K at a 8:00-8:15 pace but the weather at the Start was 81 degrees and super humid so I immediately dropped the idea of any goal time and enjoyed the course instead. I also knew that I needed to take the 10K easy so that I would be able to run the half marathon the next day without dying. I rarely if ever, run consecutive days so I was already a little nervous about how my body would handle it. My normal routine is alternating between running and cross-training. 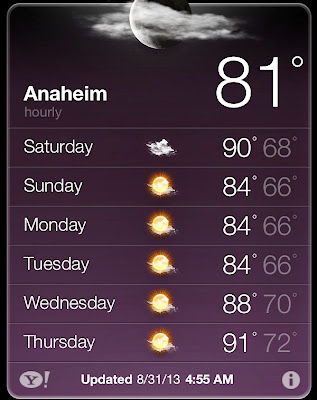 I have never taken the time to enjoy a Disney course so this was the perfect opportunity. I stopped and took so many character photos and had a blast! The course was fun and I really liked that 90% of the course was inside of the theme parks. 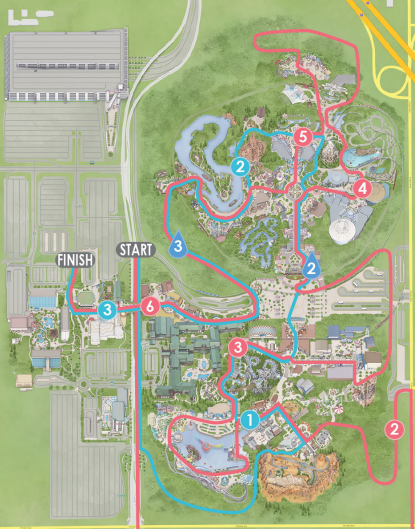 We ran through both California Adventure and Disneyland. The half marathon spends much less time in the theme parks so this run was a lot of fun. 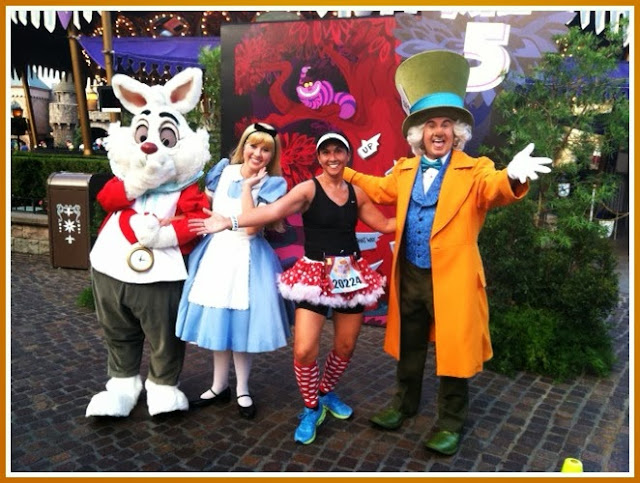 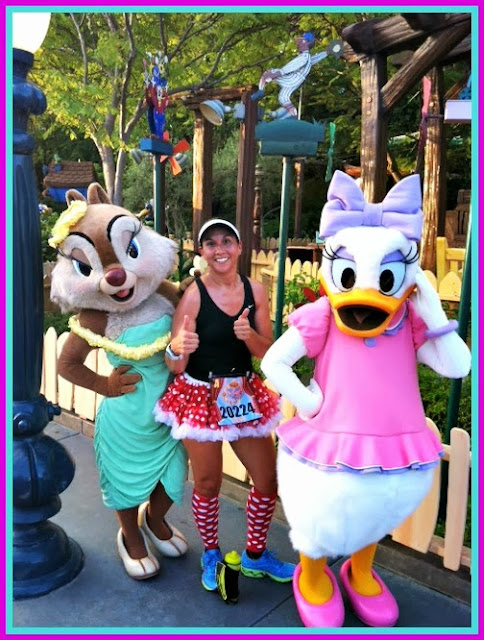 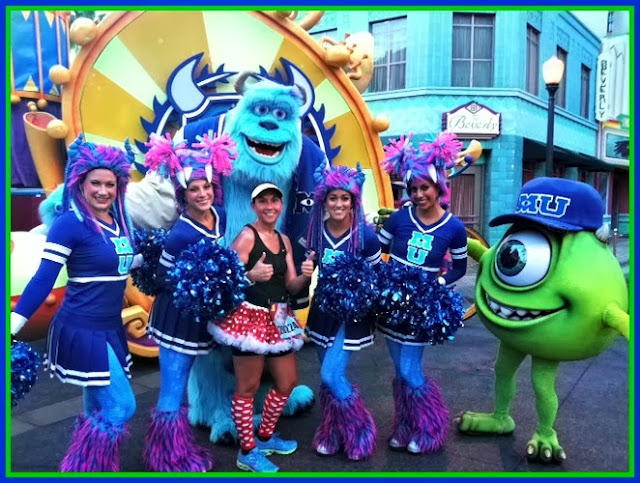 My favorite part of the race is running through Cars Land! I love that place because that is where my favorite ride ever, Radiator Springs Racers is located. Can you tell I that I love Cars Land? 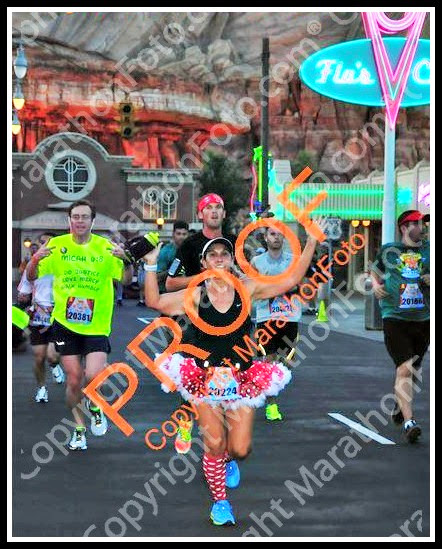 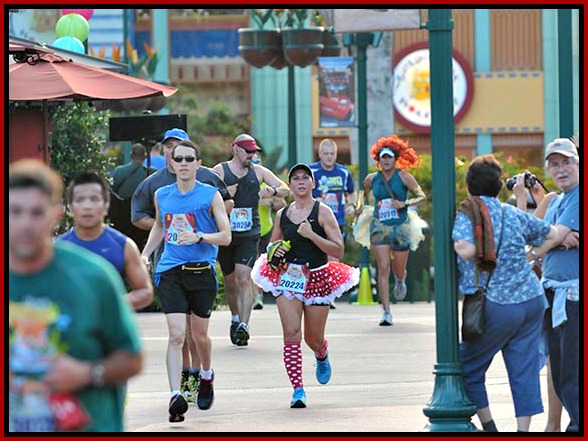 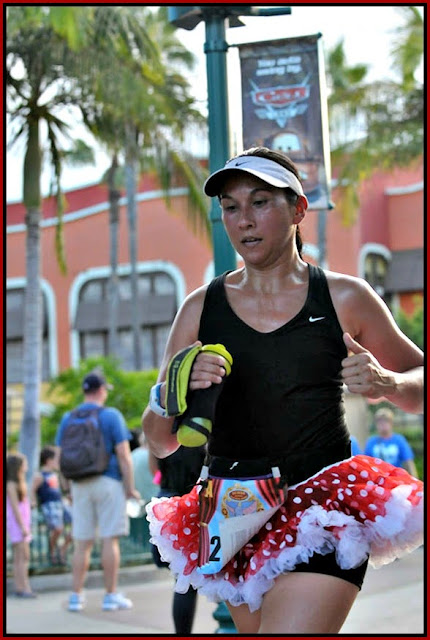 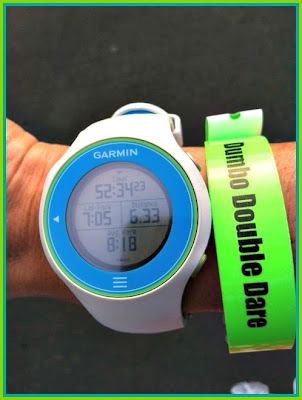 Some characters had longer lines than others so I had to wait at times. This race was not a PR but it was definitely the most fun I have ever had!


Do you like to run fun races like RunDisney events?
Posted by Boston Bound Brunette at Wednesday, September 04, 2013